A Story of Thanks

From a patient’s sister: “RML has a mission, to wean patients off ventilators, and they excel at fulfilling that mission. My sister was transferred there from a fancy North Shore hospital where they simply sedated her to within an inch of her life and counseled me to “pull the plug”. After mere days at RML […]

My wife Cathy was the lead medical transcriptionist at a busy suburban Chicago hospital until she had a massive heart attack in August of 2005. The heart attack caused too much damage & Cathy was told that she needed a new heart. She had a Left Ventricular Assist Device, an LVAD, installed in her abdomen […]

Patricia, one of our former patients at RML Hinsdale, contacted us to say hello and to let everyone know how much she appreciated all the staff at RML. She is forever grateful for the great care and compassion shown to her while she was our patient. We are glad you are doing well Patricia and […]

Marian Steele, shown above with her husband Robert, remembers vividly the April day she was transferred to RML Specialty Hospital, recovering from COVID-19 and on a ventilator. “I hadn’t seen my family in almost four weeks, I couldn’t talk, and now they were taking me by ambulance to someplace even further away,” she recalled. “I was so anxious. But when I got to the hospital, I was surrounded by people who told me they were going to take care of me. They changed my gown and washed me. They treated me like I was their mom, or their sister or their auntie. They put my mind at ease.”

It Was The One And Only Decision

RML is a nonprofit specialty hospital with locations in Chicago and Hinsdale serving patients with catastrophic or acute illnesses complicated by multiple medical issues. Our mission: To provide quality, compassionate care to patients from our referring community who suffer from prolonged, severe illness.

A year ago, Jane arrived at RML unable to breathe on her own and unable to talk, move, or simply blink.Jane battled Guillian-Barre Syndrome, an autoimmune disorder that affects the nervous system. Guillian-Barre begins with a weakness in the feet and hands and rapidly progresses to the rest of the body. Guillian–Barre Syndrome is rare […]

A mother and son were admitted to RML at the same time. Due to the complexity of their medical conditions, they were unable to see one another. They could not talk on the phone or get out of bed to connect, despite being in the same hospital.The son was determined to get back on his […]

Imagine unexpectedly passing out on your apartment and waking up in a hospital to learn that your only option for survival is a new liver. That was a reality for Lia. She battled autoimmune liver disease and her liver was in critical condition.Lia underwent a successful organ transplant but suffered major complications following the surgery. […]

Janet Frampton knew she had COPD (Chronic Obstructive Pulmonary Disease) but was not expecting to end up on this journey.Not too long ago Janet felt she was having trouble breathing.  Her hospital was full, so she was sent to Advocate South Suburban Hospital.  While she was there, her breathing became more difficult and she ended […]

The patient experience cannot be achieved by one person alone in the hospital setting. It is the responsibility of all – nurses, physicians, and therapists, as well as those who support the care experience, from food and nutrition services and the environmental services team, to the individuals processing billing and medical records.As an environmental service […]

Phil arrived at RML with respiratory failure, weighing 732 pounds. He worked hard to wean from the ventilator and breathe on his own again, all while losing 250 pounds.A very special day this spring marked very important milestones for Phil: one week off of the ventilator, standing unsupported and taking eight steps for the first […]

On March 20, 2003 I was admitted to RML Specialty Hospital after a 28-day stay in Advocate Good Samaritan Hospital’s Intensive Care Unit. I was battling streptococcal pneumonia and breathing with the help of a ventilator.While in ICU, I was put in a drug-induced coma. I only have 24 hours worth of memories from my […]

The Gift of Breath

Meet John. Seven years ago, John had double lung reduction surgery. Diseased tissue was cut out of both of his lungs, reducing the size and capacity of his lungs, in hopes of saving his life. The surgeries were his only option at overcoming the emphysema that was destructively taking his breath away.Following his surgeries, John […]

The Happiest of Birthdays

“Care, courage, loving and most of all respect for each other,” Dolores gleefully exclaimed as she reflected on her time at RML and the staff who saved her life.Dolores came to RML after being in nursing homes and hospitals for almost two years. She was unable to walk for six months. Her prognosis was not […]

The Right Care at a Critical Time.

RML is a nonprofit specialty hospital with locations in Chicago and Hinsdale serving patients with catastrophic or acute illnesses complicated by multiple medical issues.Our mission: To provide quality, compassionate care to patients from our referring community who suffer from prolonged, severe illness.

The Road to Recovery

April Braker was a patient with RML October 2018.  She came to us from NMH with a rare autoimmune encephalitis. April came back to visit  November 2019 , just a little over a year since she left RML for Acute Rehab.This week, April spoke at Northwestern University Feinberg School of Medicine about her experience and recovery from this rare illness. 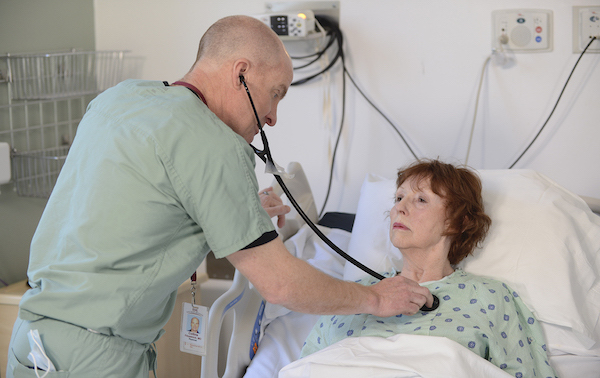 What is an LTCH? 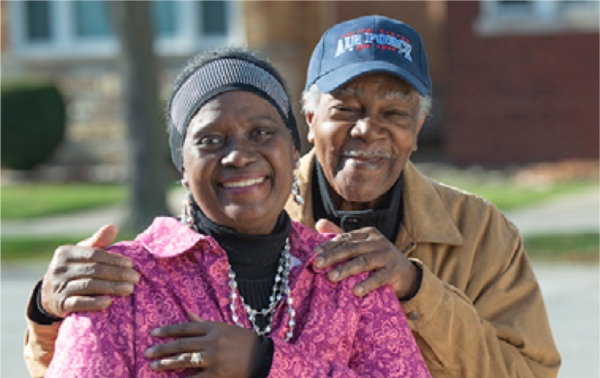 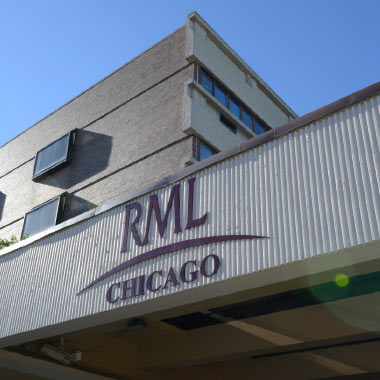